Translate
For Staff
Return to Headlines

Dublin Jerome High School is proud to present the DJHS Hall of Fame Class of 2022-23. These 5 individuals were nominated and then selected for the Hall of Fame due to their accomplishments while at Jerome and/or in their career after graduation. The following criteria must be met for all nominees:

Anyone is able to nominate a deserving alumni, retired staff member, or community member for consideration for the Hall of Fame. To see more info about the Dublin Jerome High School Hall of Fame, access the nominate form, and see current Hall of Fame members, please CLICK HERE.

Mai Erana Salmeron, a 2015 graduate of Dublin Jerome, was a 4x Division 1 State Champion on the Girls Golf team. During her career at Jerome, she was integral in helping the team become All OCC Cardinal Champions and Sectional Champions all four years. Individually, she received All-Central Ohio and All-OCC recognition all four years and All-Ohio and Academic All-Ohio twice. While at Jerome, Mai also completed the International Baccalaureate Program, held the role of Vice President for Student Council, and was a valedictorian.

After graduation, Mai attended Boston University and majored in Hospitality Administration. She then earned a Master of Human Resource Management degree from the Fisher College of Business at The Ohio State University.

Recently, she has worked at various companies in HR roles that include The Ohio State University, Barbasol & Pure Silk brands, and most recently The Wendy’s Company which she joined in 2020, and where she is currently working as a Senior Analyst in Talent Management supporting all development and performance programs for the brand. 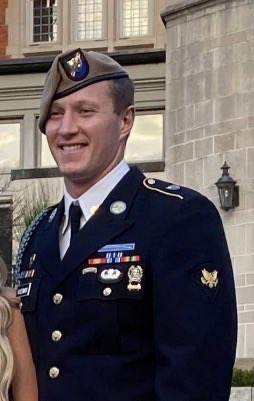 Aaron Huesman, a 2012 graduate of Dublin Jerome, had an outstanding career playing for the DJHS Baseball team where he received 1st Team All-Ohio recognition. After graduating from Jerome, he continued to find success playing for the Division 1 University of Dayton, where he earned multiple awards and was named to the Dean’s list multiple times before graduating in 2016 with a degree in Finance and Accounting.

In August of 2018, after working for 2 years in the private sector, he joined the US Army. He completed Basic Training, Advanced Infantry Training and Jump/Airborne School at Fort Benning, Georgia, before being chosen to join the elite US Army Airborne Rangers in 2019 in the 75th Ranger Regiment stationed at Joint Base Lewis-McChord, in Tacoma, Washington. He was qualified as an expert soldier, earning his Expert Infantry Badge in 2020. He was then invited to and completed the famed Ranger School in November of 2021 and then served a tour in Northern Iraq, only just recently returning in August of 2022. Aaron is currently attending Special Ops Sniper School in the mountains of Washington state and cannot be with us currently. His family is in attendance to humbly accept this prestigious award on his behalf. 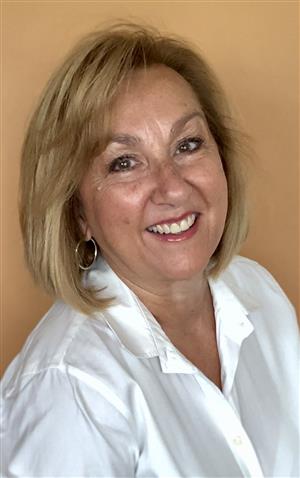 Marla Morris spent the last 25 of her 32-year teaching career making an incredible impact on the Dublin City Schools community. Prior to Dublin, she taught at Northwestern High School and Buckeye Valley High School. Her time in Dublin started at Coffman High School where she spent 11 years as a Spanish teacher before moving to Jerome in 2004 to help open the building and stayed until her retirement in 2018. She was a tireless advocate for language learning and served as department chair at Coffman for 9 years and Jerome for 5 years, along with serving as the inaugural World Language District Lead teacher for 3 years. She was instrumental in helping to grow the International Baccalaureate program in the district as both a teacher for the Spanish courses as well as the Theory of Knowledge course.

Her commitment to teaching and learning did not stop in her own classroom. She was a mentor to countless teachers over the years and fostered a love of teaching for several student teacher interns along with being an advisor for the Future Teachers of America Club at Jerome. She was on the Leadership Committee for 10 years and was Co-Chair for 2 years.

Marla continues to be a lifelong learner and supporter of all things education while teaching and inspiring the future generation of teachers in the College of Education and Human Ecology at The Ohio State University about the Learner Centered Classroom Assessments. When she's not teaching on campus, she enjoys keeping her granddaughter, Marley, 2 days a week. In her spare time she enjoys spending time with family, traveling, and various other hobbies. 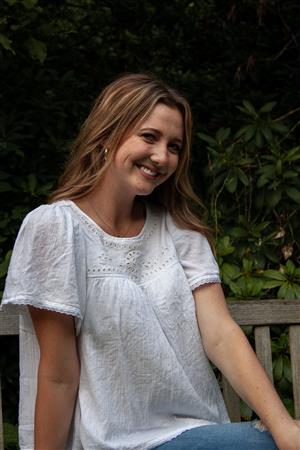 Sybil Robinson, a 2015 graduate of Dublin Jerome, was a 4x Division 1 State Champion on the Girls Golf team. During her career at Jerome, she was integral in helping the team also become All OCC Cardinal Champions and Sectional Champions all four years. Individually, she received All-Central Ohio and All-OCC recognition all four years and All-Ohio and Academic All-Ohio twice.

After graduating from Jerome, Sybil played 4 years on the Varsity Golf team at Michigan State University. She graduated in the Fall of 2019 with a Bachelor’s Degree in Business Marketing.

She currently works in Columbus, OH at Clarus R+D and was recently promoted to Partner Account Executive. 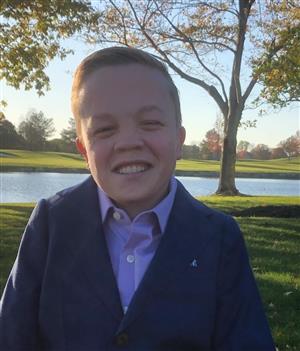 Andrew Schneider, a 2017 graduate from Dublin Jerome, has been an inspiration to the Jerome community for years. Andrew has battled countless physical abnormalities his entire life and has undergone dozens of surgeries. However, he’s always cheerful and active, accomplishing countless things doctors said he would never be able to do. While at Jerome, he was very active in several clubs and academic organizations. He constantly participated and excelled in the Table Tennis Club.

In 2017, he published a motivational autobiography “Everyone Can (Becoming an athlete despite the odds)” centered on themes of academic achievement and embracing diversity.

In 2019, he was a guest speaker to students at NYU Steinhardt’s graduate Speech-Pathology program where he discussed perspectives as a patient in the medical field and examined the importance of Paralympic sport in the lives of individuals with disabilities.

In 2019, he competed at the Para Pan American Games in Lima, Peru as a Table Tennis Athlete. He travelled to international tournaments in preceding years to represent the United States, communicated with sponsors to obtain funding for travel costs, and trained with the goal of competing at the 2024 Paralympic Games in Paris.

After graduation from Jerome, he attended college in San Diego and at Miami University of Ohio, where he earned a bachelor's degree in Political Science with Honors with Distinction, while completing pre-medical requirements. This fall, he will be attending a Masters in Global Health program at the University of California, San Diego while preparing to apply to medical schools.